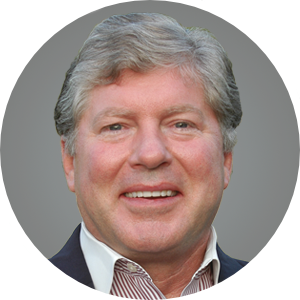 Doug Goff is Co-President & Chief Operating Officer of The Johnson Development Corporation; a Houston based firm specializing in highly amenitized, master planned residential and mixed-use communities. In this role, Doug is responsible for the direction and management of development of over 44,500 acres with entitlements for 74,000 residential units and 16,600,000 square feet of retail / commercial space in Houston, Dallas and Atlanta. Over the past 20 years, Johnson communities have created over $25+ billion in new taxable value for municipalities, school districts and counties. Before assuming his current responsibilities as Co-President & COO, Doug was General Manager of Johnson’s Sienna Plantation, a 10,500 acre master planned community in Fort Bend County, Texas.

Doug has a Bachelor of Science degree from LSU and a Masters in Management from Purdue University. He has been a resident of Fort Bend County for the past twenty eight years.

Doug is married to Susie Mahoney Goff and has two sons, William Douglas 2 and Richard Derek. And. he has 5 grandchildren ranging in ages from 1 to 6+ years.