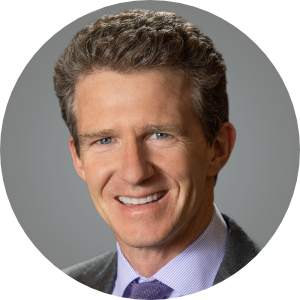 Willy Walker is chairman and chief executive officer of Walker & Dunlop. Under Mr. Walker’s leadership, Walker & Dunlop has grown from a small, family-owned business to become one of the largest commercial real estate finance companies in the United States. Walker & Dunlop is listed on the New York Stock Exchange and in its first seven years as a public company has seen its shares appreciate 375%. The Company has been named a Best Workplace for five of the past six years by the Great Place to Work® Institute and was #17 on Fortune’s 2017 list of “Fastest Growing Public Companies”. Mr. Walker received the Ernst & Young Entrepreneur of the Year award in 2011 and was named “Financier of the Year” in 2017 by Commercial Mortgage Observer.

Mr. Walker received his master’s degree in business administration from Harvard University and a bachelor’s degree from St. Lawrence University. He currently serves on the boards of Children’s National Medical Center, the Federal City Council, Mortgage Bankers Association, the Stanford Center for Longevity, and St. Albans School. Mr. Walker is an avid runner, skier and cyclist, and has run the Boston Marathon in 2:36